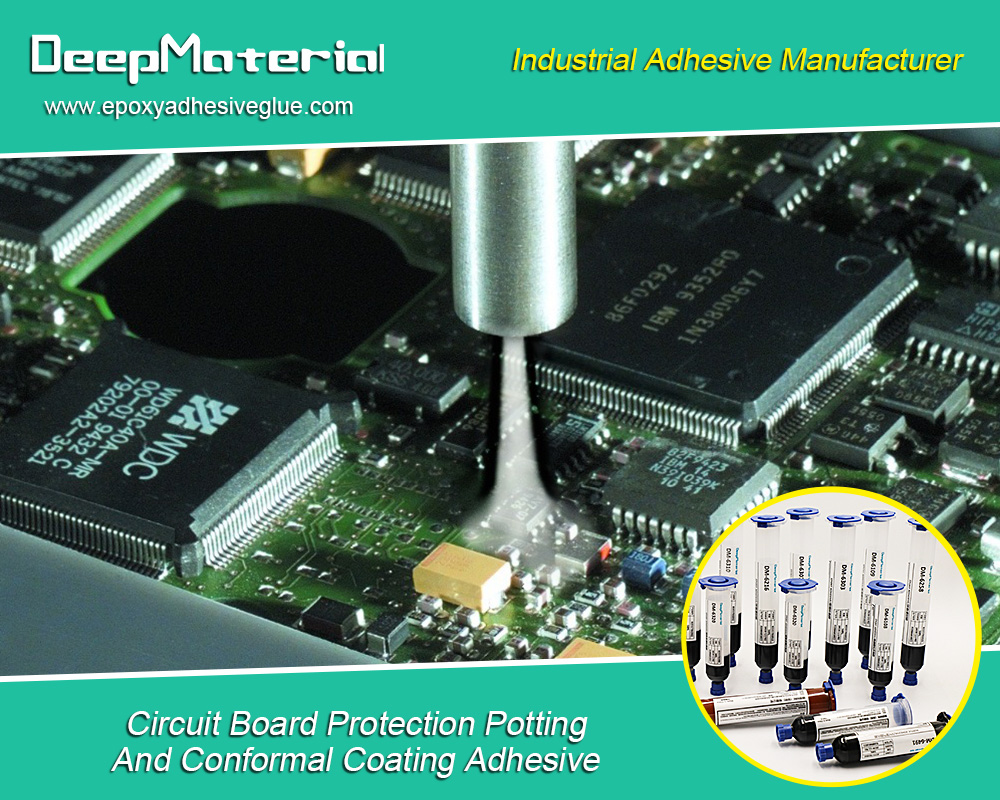 What’s the Difference Between PCB Potting and Conformal Coating?

Both PCB potting and conformal coating use organic polymers to protect PCBs and their associated electronic components. What are the similarities and differences between these methods, and which one is right for your electronics application? To get started, let’s find out how each technique works.

What Is PCB Potting?
PCB potting is a method used to protect circuit boards (referred to in these contexts as the substrate) by filling a PCB enclosure with a liquid material called a potting compound or encapsulation resin. The potting compound fills the device’s housing and, in most cases, covers the entire circuit board and its components, although in some cases it can be used to pot individual components.

Types of PCB Potting
Here’s a quick comparison of the most common PCB potting materials:

· Epoxy: A common and durable PCB potting material with great chemical resistance, high adhesion and many other desirable features. Its major disadvantage is the long curing time that it requires to set.
· Polyurethane: A softer and more pliable potting material that’s great for protecting sensitive connectors and other electronic components that may not tolerate more rigid materials. However, poylurethane’s moisture and heat resistance doesn’t match some other potting materials.
· Silicone: One of the most durable and flexible potting compounds, and one that’s particularly useful for applications that need to withstand extreme temperatures. Its relatively high cost, however, makes it impractical for some applications.

What Is Conformal Coating?
Conformal coating is another method of protecting PCBs that coats the substrate with a thin layer of polymeric film or another non-conductive material. A conformal coating is typically only 25 to 250 microns, making it a much lighter option than PCB potting that takes up much less space. It provides excellent protection against hazards such as corrosion and particulate matter, and conformal coating waterproofing also helps protect against moisture.

Many different conformal coating materials are available. Typical options come from a relatively similar range of materials as PCB potting, including epoxy and silicone compounds, as well as other options such as acrylic and a sustainable solvent-free polymer called parylene.

Common application methods include various types of aerosol spraying, ranging from a handheld, human-operated spray gun for the most sensitive applications to a fully automated selective coating process when speed is a priority. Dip coating is also a widely used and cost-effective alternative for applications that require minimal masking of components.

Types of Conformal Coating
Each conformal coating process and material brings its own advantages and challenges to different applications:

Acrylic: A basic type of coating used for many types of consumer electronics and other mass production applications. Acrylic conformal coatings are a good all-around choice and are one of the only coating types that’s relatively easy to remove, but they don’t offer the specialized performance that some other coating types do.
Parylene: A polymer coating that’s applied as a gas, which becomes an ultra-thin and durable film. Parylene coatings offer excellent dielectric strength and other desirable qualities, but they’re extremely difficult to remove, potentially complicating repairs.
Epoxy: An extremely durable coating material that’s ideal for demanding applications, thanks to its relatively hard and inflexible nature. That hardness also makes it hard to remove and its high shrinkage may not be good for sensitive components.
Urethane: A popular choice for conformal coating applications in the aerospace industry, thanks to its superior abrasion and solvent resistance. However, the cost of that durability is that, like many other coating types, urethane is difficult to remove.
Silicone: A silicone resin coating functions well in many different environmental conditions, including a wide temperature range and in high humidity. Their abrasion resistance isn’t as good as some other options, however, and removal can also be challenging.

PCB Potting vs. Conformal Coating
Now that we’re familiar with the basics of PCB potting and conformal coating, it’s time to ask: Which is the superior PCB protection solution? The answer, as you might suspect, depends on the application for which you’re using these technologies.

· PCB potting is a superior choice for applications that require high resistance to vibration, impacts, abrasion, heat and/or chemicals. In general, it’s a more durable and resilient choice that’s suitable for physically demanding applications.
· PCB potting resins offer good protection against electrical arcs, so you’ll often find PCB potting used for high-voltage electrical devices.
· PCB potting is a relatively fast process that can be done quickly and easily on an assembly line.
· Reworking, repairing or inspecting a PCB potted device is difficult and can result in damage to the substrate. PCBs with conformal coatings are significantly easier to work with.
· Conformal coatings place almost no physical stress on a substrate, which helps protect PCBs with sensitive components such as small pins.
· Conformal coating occupies less space inside a device enclosure and increases device weight much less than PCB potting. That makes it a superior choice for devices where size and form factor are important concerns. It’s the industry standard for handheld electronic devices such as smartphones.

has been added to your cart.
Checkout